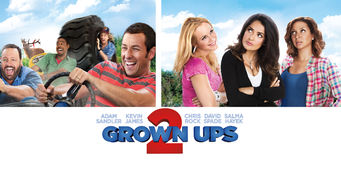 How to watch Grown Ups 2 on Netflix Argentina!

We'll keep checking Netflix Argentina for Grown Ups 2, and this page will be updated with any changes.

After moving his family back to his hometown, Lenny Feder and his grown-up childhood friends learn lessons from their kids -- and some of the locals. The Post
The Patriot
Get Out
The Godfather
The Godfather: Part II
Sucker Punch
Dances with Wolves
Captain Phillips