How to watch Little Witch Academia: The Enchanted Parade on Netflix Australia!

"Little Witch Academia: The Enchanted Parade" arrived on Netflix Australia on October 4 2017, and is still available for streaming for Australian Netflix users.

We'll keep checking Netflix Australia for Little Witch Academia: The Enchanted Parade, and this page will be updated with any changes.

When Akko and other troubled students at Luna Nova are assigned to manage the annual witch hunt parade, Akko wants to make the event more positive. She wants to make her school assignment more fun, but her teammates disagree. And the price of failure is expulsion. 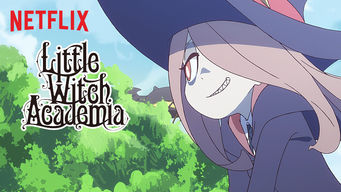