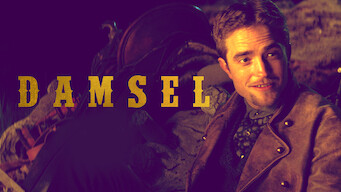 How to watch Damsel on Netflix Australia!

"Damsel" arrived on Netflix Australia on October 10 2020, and is still available for streaming for Australian Netflix users.

We'll keep checking Netflix Australia for Damsel, and this page will be updated with any changes.

With his horse and a boozy preacher, a wealthy pioneer gallops across the American frontier to marry his fiancée but finds her in unexpected distress. A miniature horse. A pitchy ballad. An armed bride-to-be. This trek out west isn't as idyllic as he thought it would be. Maps to the Stars
The Devil All The Time
38