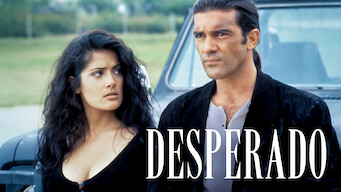 How to watch Desperado on Netflix Austria!

We'll keep checking Netflix Austria for Desperado, and this page will be updated with any changes. Spy Kids 2: The Island of Lost Dreams
Once Upon a Time in Mexico
34

Boyhood
Saw VI
Before I Go to Sleep
Under Suspicion
In the Valley of Elah
Rurouni Kenshin: The Legend Ends
Austenland
Fathers & Daughters