Watch "Professor Marston and the Wonder Women" on Netflix Austria 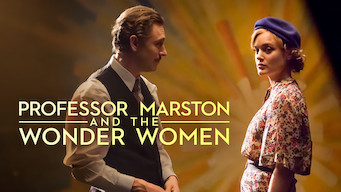 How to watch Professor Marston and the Wonder Women on Netflix Austria!

Unfortunately you can't watch "Professor Marston and the Wonder Women" in Austria right now without changing your Netflix country.

We'll keep checking Netflix Austria for Professor Marston and the Wonder Women, and this page will be updated with any changes.

A respected Harvard psychologist conceals a secret double life as one-third of a polyamorous relationship -- and the creator of "Wonder Woman." Everyone knows about his creations: the lie detector and "Wonder Woman." Few know the real stories behind them both.