Watch "Here Are the Young Men" on Netflix Belgium How to watch Here Are the Young Men on Netflix Belgium!

Unfortunately you can't watch "Here Are the Young Men" in Belgium right now without changing your Netflix country.

We'll keep checking Netflix Belgium for Here Are the Young Men, and this page will be updated with any changes.

Fresh out of high school, four Dublin teens spiral down into a world of ultraviolence and self-destruction as they binge on a first taste of freedom. 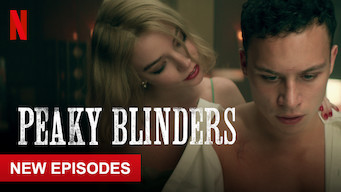