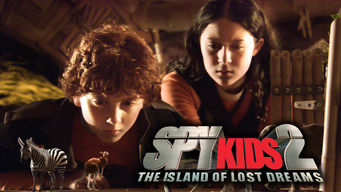 How to watch Spy Kids 2: The Island of Lost Dreams on Netflix Brazil!

"Spy Kids 2: The Island of Lost Dreams" arrived on Netflix Brazil on October 3 2017, and is still available for streaming for Brazilian Netflix users.

We'll keep checking Netflix Brazil for Spy Kids 2: The Island of Lost Dreams, and this page will be updated with any changes.

Spy kids Carmen and Juni Cortez team up with two other pint-size secret agents, Gary and Gerti Giggles, in order to take on an evil scientist.