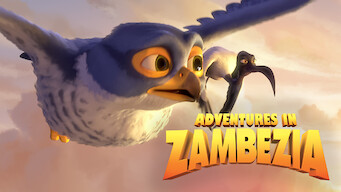 How to watch Adventures in Zambezia on Netflix Brazil!

Unfortunately you can't watch "Adventures in Zambezia" in Brazil right now without changing your Netflix country.

We'll keep checking Netflix Brazil for Adventures in Zambezia, and this page will be updated with any changes.

When an adventurous young falcon journeys to the bird city of Zambezia, he learns some important life lessons about survival and community.