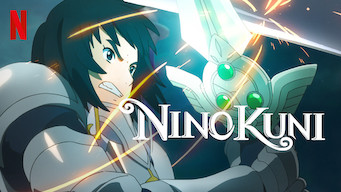 How to watch NiNoKuni on Netflix Canada!

"NiNoKuni" arrived on Netflix Canada on January 16 2020, and is still available for streaming for Canadian Netflix users.

We'll keep checking Netflix Canada for NiNoKuni, and this page will be updated with any changes.

Two average teens go on a magical quest to save the life of their friend and her counterpart from another world. But love complicates their journey. Two worlds tied. Two lives in peril. One destiny connected by the deep bonds of magic and friendship.

After
The Hobbit: The Battle of the Five Armies
The Greatest Showman
The Divergent Series: Insurgent
I, Robot
Divergent
The Americans
Mission: Impossible III