Watch "Step Up: All In" on Netflix Costa Rica 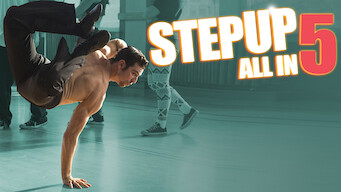 How to watch Step Up: All In on Netflix Costa Rica!

"Step Up: All In" arrived on Netflix Costa Rica on April 1 2021, and is still available for streaming for Costa Rican Netflix users.

We'll keep checking Netflix Costa Rica for Step Up: All In, and this page will be updated with any changes.

Continuing the "Step Up" street-dance series, competitors gather in Las Vegas for the ultimate dance-off, including champions from the previous films. Step Up Revolution
Step Up 2: The Streets
62