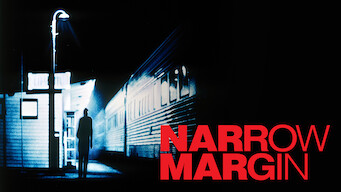 How to watch Narrow Margin on Netflix Costa Rica!

We'll keep checking Netflix Costa Rica for Narrow Margin, and this page will be updated with any changes.

The lone witness to a Mafia murder flees to a remote mountain home to hide, but a district attorney -- and the mobsters -- are hot on her trail. Bad blind dates usually involve awkward moments ... not murder and the mob. She has to get out of there -- fast.