How to watch Fack ju Göhte 2 on Netflix Egypt!

We'll keep checking Netflix Egypt for Fack ju Göhte 2, and this page will be updated with any changes. 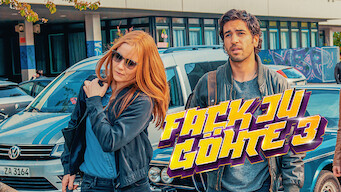 The Post
Perfume: The Story of a Murderer
Perfect Strangers
Cult of Chucky
The Girl with All the Gifts
The Boxtrolls
The Name of the Rose
La isla mínima