Watch "Me and My Sister" on Netflix Finland 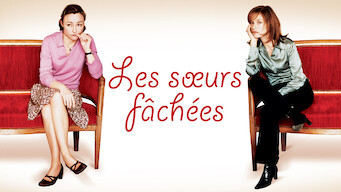 How to watch Me and My Sister on Netflix Finland!

Unfortunately you can't watch "Me and My Sister" in Finland right now without changing your Netflix country.

We'll keep checking Netflix Finland for Me and My Sister, and this page will be updated with any changes.

Two sisters with little in common reunite for three days, but their strained relationship turns the reunion into a nightmare of sibling rivalry.