How to watch Patrik, Age 1.5 on Netflix France!

We'll keep checking Netflix France for Patrik, Age 1.5, and this page will be updated with any changes.

A gay couple thinks they've adopted a toddler, but when the boy arrives, it turns out that he's a rebellious, homophobic 15-year-old. Gay and happy to adopt -- then the decimal disappears. This teen bigot looked more like a baby on paper. 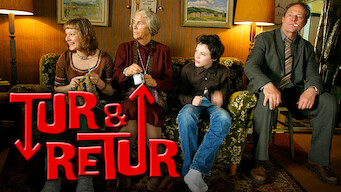