How to watch Rudo y Cursi on Netflix France!

We'll keep checking Netflix France for Rudo y Cursi, and this page will be updated with any changes.

Stuck working on a banana ranch, two super competitive soccer-playing brothers dream of getting off the farm and finding stardom in their future. 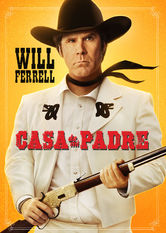