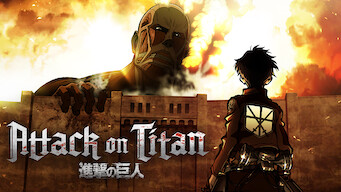 After watching Eren get swallowed by the Female Titan, Mikasa and Levi follow the brutal monster in the hopes that he's still alive inside her.

YOU'RE MISSING OUT ON THOUSANDS OF NETFLIX MOVIES IN FRANCE

"Attack on Titan" arrived on Netflix France on February 28 2021, and is still available for streaming for French Netflix users.