Is Ghostbusters on Netflix France?

Find out where Ghostbusters can be watched on Netflix Worldwide 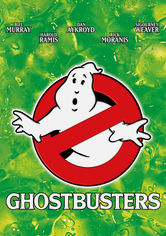 After losing their academic posts at a prestigious college, a team of parapsychologists creates a business exterminating ghouls, hobgoblins and supernatural pests -- and are soon hired by a cellist to purge her digs of a demon.

Ghostbusters Is Available For Online Streaming In The Following Countries