How to watch Tai Chi Hero on Netflix Germany!

We'll keep checking Netflix Germany for Tai Chi Hero, and this page will be updated with any changes.

Picking up where the off-kilter "Tai Chi Zero" ended, this sequel follows Yang Lu Chan's training under his master and new bride, Yu Niang. A young warrior trains with a tai chi master. He'll need focus to thwart an evil plot ... by his wife's brother. 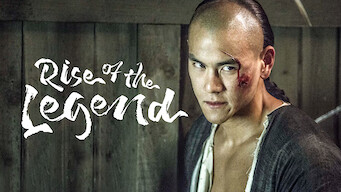