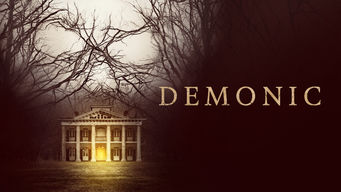 How to watch Demonic on Netflix Germany!

We'll keep checking Netflix Germany for Demonic, and this page will be updated with any changes.

When amateur ghost hunters visit an abandoned house, their investigation turns into a massacre, leaving questions for a detective and a psychologist. After a paranormal hunt goes bloody wrong, the survivors become suspects. Ghost hunting: It's one hell of a hobby.