How to watch Ekşi Elmalar on Netflix Germany!

"Ekşi Elmalar" arrived on Netflix Germany on April 27 2018, and is still available for streaming for German Netflix users.

We'll keep checking Netflix Germany for Ekşi Elmalar, and this page will be updated with any changes.

In an eastern Turkish town, suitors knock on the door of the mayor and father of three beautiful daughters who choose to follow their own paths. 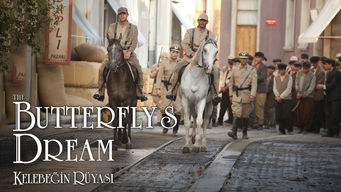