Watch "Half Past Dead" on Netflix India 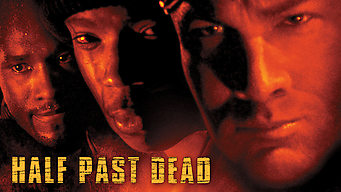 How to watch Half Past Dead on Netflix India!

Unfortunately you can't watch "Half Past Dead" in India right now without changing your Netflix country.

We'll keep checking Netflix India for Half Past Dead, and this page will be updated with any changes.

A criminal mastermind plans to infiltrate a high-tech prison to persuade a man on death row to reveal where he hid a fortune from an unsolved heist. Most people don't want to go to jail, but these thieves have a good reason: gold. Cashing in won't be easy. Under Siege 2: Dark Territory
Force of Execution
Gutshot Straight
Heist
Code of Honor
End of a Gun
The Keeper
A Good Man
54