Watch "Alvin and the Chipmunks: The Squeakquel" on Netflix India 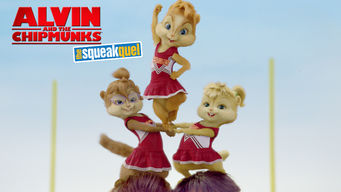 How to watch Alvin and the Chipmunks: The Squeakquel on Netflix India!

Unfortunately you can't watch "Alvin and the Chipmunks: The Squeakquel" in India right now without changing your Netflix country.

We'll keep checking Netflix India for Alvin and the Chipmunks: The Squeakquel, and this page will be updated with any changes.

Alvin, Simon and Theodore are back, along with their careworn manager, Dave, and this time they have competition: The Chipettes. They're on a mission to help their school and beat a rival group. But trouble's brewing between the high-pitched heroes.