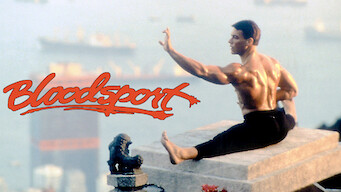 How to watch Bloodsport on Netflix Ireland!

"Bloodsport" arrived on Netflix Ireland on October 21 2020, and is still available for streaming for Irish Netflix users.

We'll keep checking Netflix Ireland for Bloodsport, and this page will be updated with any changes.

Army captain Frank Dux goes AWOL and travels to Hong Kong on a quest to become the champion of a secret, dangerous martial arts contest. The Army wants him back, but he just wants to fight. If things go his way, he could go down in history. Indiana Jones and the Temple of Doom
100