How to watch Mundeyan Ton Bachke Rahin on Netflix Ireland!

"Mundeyan Ton Bachke Rahin" arrived on Netflix Ireland on November 1 2018, and is still available for streaming for Irish Netflix users.

We'll keep checking Netflix Ireland for Mundeyan Ton Bachke Rahin, and this page will be updated with any changes.

When they both fall for the same girl, best pals and shameless womanizers Prince and Jassi go head-to-head to compete for her love. Two Casanovas swore off love long ago. Now they've fallen fall hard and fast for the same girl. 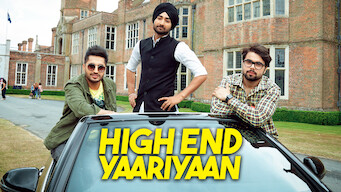