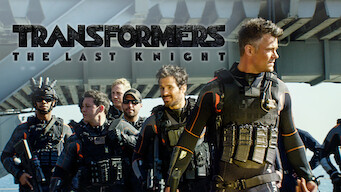 How to watch Transformers: The Last Knight on Netflix Ireland!

We'll keep checking Netflix Ireland for Transformers: The Last Knight, and this page will be updated with any changes.

After Optimus Prime takes a dark turn, Cade Yeager joins forces with a group of Autobots to stop a villainous plot to destroy Earth.