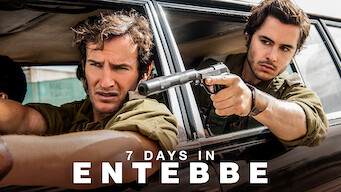 How to watch 7 Days in Entebbe on Netflix Ireland!

Unfortunately you can't watch "7 Days in Entebbe" in Ireland right now without changing your Netflix country.

We'll keep checking Netflix Ireland for 7 Days in Entebbe, and this page will be updated with any changes.

When terrorists hijack a flight, the passengers become political pawns and are detained for a week in Entebbe, Uganda, inspiring a daring rescue mission. After an act of terror, their lives depended on an elaborate rescue plan. With time running out, there's no room for error.