Watch "All She Wrote" on Netflix Ireland 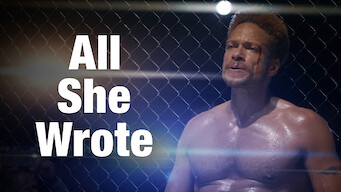 How to watch All She Wrote on Netflix Ireland!

"All She Wrote" arrived on Netflix Ireland on September 30 2021, and is still available for streaming for Irish Netflix users.

We'll keep checking Netflix Ireland for All She Wrote, and this page will be updated with any changes.

Aaron, a former MMA fighter with early-onset Alzheimer's, finds a kindred spirit in Zhana, a Bulgarian immigrant who struggles with communication.