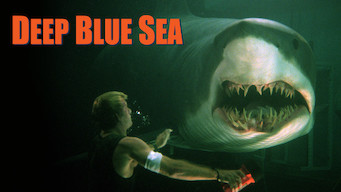 How to watch Deep Blue Sea on Netflix Italy!

"Deep Blue Sea" arrived on Netflix Italy on February 1 2020, and is still available for streaming for Italian Netflix users.

We'll keep checking Netflix Italy for Deep Blue Sea, and this page will be updated with any changes. Avengers: Age of Ultron
The Avengers
The Angry Birds Movie
21

ONE PIECE
Carlito's Way
Tremors 5: Bloodline
City of Ember
The Constant Gardener
Adventures in Zambezia
An Education
Barbie: The Princess & the Popstar