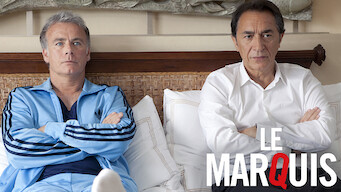 How to watch Le marquis on Netflix Italy!

We'll keep checking Netflix Italy for Le marquis, and this page will be updated with any changes.

In jail, petty crook Thomas masquerades as a famous thief to win respect. Then a crime boss springs him to do a job only the real thief could. A salesman pretends to be a notorious thief. A mobster believes him and makes him an offer he'd better not refuse.