Is Bangkok Love Stories: Objects of Affection on Netflix Italy?

Find out where Bangkok Love Stories: Objects of Affection can be watched on Netflix Worldwide

How to get American Netflix in Italy

August 2020 Update: Want to learn How to get American Netflix in Italy, or to change your Netflix country and watch Netflix Canada, UK, Netherlands, or Germany (recently added)?

Check out get-american-netflix.com for information on how to change your Netflix country and watch American Netflix (or Canadian, British, Dutch, or German) from Italy or anywhere else in the world.

Get American Netflix in Italy

A kind computer repairman falls for a street-smart graffiti artist whose multiple personality disorder worsens after she witnesses a double murder. Phones, computers -- you name it, he can fix it. But this girl's life might be beyond repair. That won't stop him from trying.

Bangkok Love Stories: Objects Of Affection Is Available For Online Streaming In The Following Countries 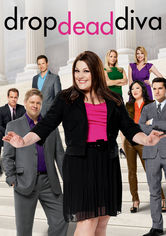 Netflixable is your best source for what's new on Netflix Italy and worldwide. We have daily new releases for movies and TV shows, as well as a complete Netflix catalogue list.