How to watch The Hunger Games: Mockingjay - Part 2 on Netflix Japan!

We'll keep checking Netflix Japan for The Hunger Games: Mockingjay - Part 2, and this page will be updated with any changes.

Katniss Everdeen and her allies bring their fight to the Capitol, as they aim to liberate all of Panem by assassinating the dictator President Snow. 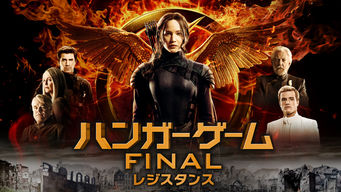