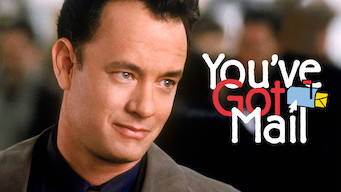 How to watch You've Got Mail on Netflix Luxembourg!

Unfortunately you can't watch "You've Got Mail" in Luxembourg right now without changing your Netflix country.

We'll keep checking Netflix Luxembourg for You've Got Mail, and this page will be updated with any changes.

Superstore magnate Joe and independent shop owner Kathleen fall in love via the Internet -- both unaware that he's trying to put her out of business. They're sleepless in New York and falling in love on the Internet. Too bad they hate each other in real life.