Watch "The Croods" on Netflix Mexico How to watch The Croods on Netflix Mexico!

Unfortunately you can't watch "The Croods" in Mexico right now without changing your Netflix country.

We'll keep checking Netflix Mexico for The Croods, and this page will be updated with any changes.

When an earthquake obliterates their cave, an unworldly prehistoric family is forced to journey through unfamiliar terrain in search of a new home. 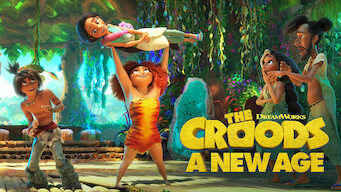 The Croods: A New Age
The Adam Project
50