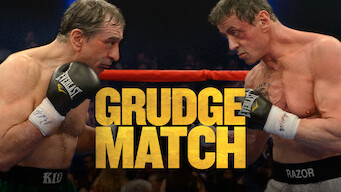 How to watch Grudge Match on Netflix Mexico!

"Grudge Match" arrived on Netflix Mexico on October 30 2019, and is still available for streaming for Mexican Netflix users.

We'll keep checking Netflix Mexico for Grudge Match, and this page will be updated with any changes.

Decades after making their marks as film pugilists, Sylvester Stallone and Robert De Niro play aging boxers returning to the ring for one last match. In and out of the ring, these guys love to hate each other. From one wild gag to the next, their grudge is our gain.