How to watch Iceman: The Time Traveler on Netflix Mexico!

We'll keep checking Netflix Mexico for Iceman: The Time Traveler, and this page will be updated with any changes.

Frozen for 400 years, a Ming Dynasty general wakes in modern China to dire news about his village, leading him to travel back in time to change history. 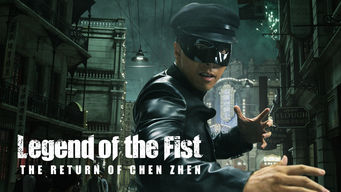