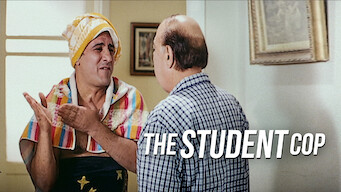 How to watch The Student Cop on Netflix Mexico!

Unfortunately you can't watch "The Student Cop" in Mexico right now without changing your Netflix country.

We'll keep checking Netflix Mexico for The Student Cop, and this page will be updated with any changes.

Sent undercover to investigate suspicious activity among a group of college students, a police officer gets more invested in his role than expected.