How to watch Resident Evil: Extinction on Netflix Netherlands!

We'll keep checking Netflix Netherlands for Resident Evil: Extinction, and this page will be updated with any changes.

Years after the Raccoon City disaster, Alice unites with a small band of survivors in Las Vegas as her enemies turn to a more sinister scheme. 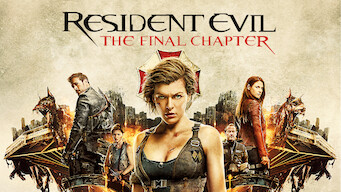