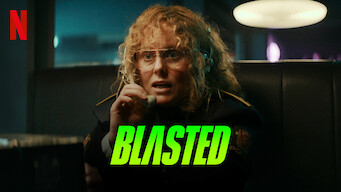 How to watch Blasted on Netflix Netherlands!

"Blasted" arrived on Netflix Netherlands on June 28 2022, and is still available for streaming for Dutch Netflix users.

We'll keep checking Netflix Netherlands for Blasted, and this page will be updated with any changes.

When an alien invasion interrupts a bachelor party, two childhood friends reunite as the kick-ass laser tag duo they once were to fight back.