Every day our system automatically detects new titles added to Netflix in over 30 countries around the world. So far, there have been 0 new movies/shows/seasons/episodes released for Netherlands today: 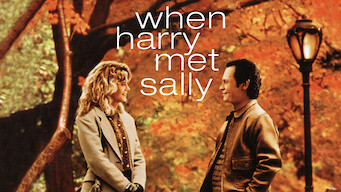 Years after moving to a remote town, ex-cop Pipa is pulled back into the dark world she thought she'd left behind when she gets tangled in a murder case.

As Elite Way School starts a new term, a familiar enemy — a secret society called the Lodge — threatens to crash the musical hopes of the first-years.

The Prince and the Pirate

At his father's funeral, a teacher learns that he has a half brother. Together, they embark on a cross-country road trip to claim their inheritance.

The Most Hated Man on the Internet

Dreams come true for real families looking for the perfect home tailored to their own unique style, thanks to Shea and Syd McGee of Studio McGee.

Uncle from Another World

After being in a coma for 17 years, Takafumi's middle-aged uncle suddenly wakes up speaking an unrecognizable language and wielding magical powers.

Get a taste of the most beloved bites on American streets and, along the way, discover the heart, soul and wildly diverse real people behind the food.

Whitney gets personal about sex injuries and dating younger men, spills on her online photo leak and waxes nostalgic about life before social media.

First crushes, first kisses, fun with friends — and feuds with rivals. In the halls of Galileo Galilei Middle School, every day is full of surprises!