Find out where Sophie's Choice can be watched on Netflix Worldwide

April 2020 Update: Want to learn How to get American Netflix in New Zealand, or to change your Netflix country and watch Netflix Canada, UK, Netherlands, or Germany (recently added)? 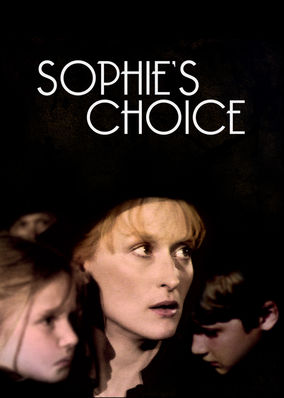 Stingo shares a Brooklyn boarding house with Polish émigré Sophie and her mercurial lover, a union unsettled by violent behavior.

Dramas based on classic literature

Sophie's Choice Is Available For Online Streaming In The Following Countries