Watch "We Are Family" on Netflix Norway 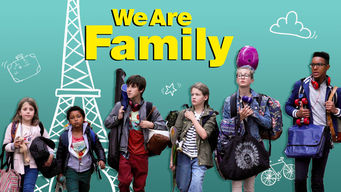 How to watch We Are Family on Netflix Norway!

"We Are Family" arrived on Netflix Norway on October 4 2017, and is still available for streaming for Norwegian Netflix users.

We'll keep checking Netflix Norway for We Are Family, and this page will be updated with any changes.

Fed up with being shuffled around, a boy from a big blended family decides that the kids should live in one house and the parents take turns visiting.