Watch "The Awakening of Motti Wolkenbruch" on Netflix Norway 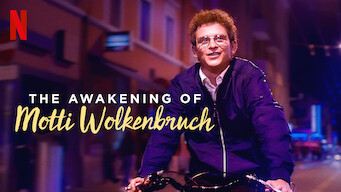 How to watch The Awakening of Motti Wolkenbruch on Netflix Norway!

"The Awakening of Motti Wolkenbruch" arrived on Netflix Norway on October 25 2019, and is still available for streaming for Norwegian Netflix users.

We'll keep checking Netflix Norway for The Awakening of Motti Wolkenbruch, and this page will be updated with any changes.

Pressured to marry a nice Orthodox Jewish woman, Motti is thrown for a loop when he falls for classmate Laura, who his mother will never approve of. It's not that Motti is opposed to marriage. It's just that he and his mom have very different tastes in women!

Sennentuntschi: Curse of the Alps
Amélie
The Angry Birds Movie
66