How to watch Tanks for Stalin on Netflix Pakistan!

Unfortunately you can't watch "Tanks for Stalin" in Pakistan right now without changing your Netflix country.

We'll keep checking Netflix Pakistan for Tanks for Stalin, and this page will be updated with any changes.

On a secret mission to Moscow, a team of engineers tries to transport the prototype of a cutting-edge tank as threats complicate the cross-country run. 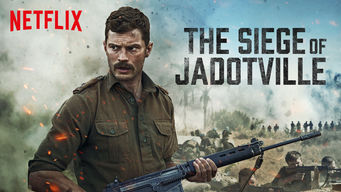