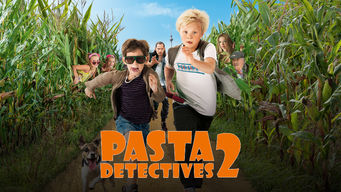 How to watch The Pasta Detectives 2 on Netflix Panama!

Unfortunately you can't watch "The Pasta Detectives 2" in Panama right now without changing your Netflix country.

We'll keep checking Netflix Panama for The Pasta Detectives 2, and this page will be updated with any changes.

Pint-sized sleuths Oskar and Rico are back, planning a sleepover that leads to crime-solving adventure when one of their moms ends up in trouble. They're just two above-average kids, doing above-average kid stuff -- until a crime needs solving.