How to watch Freedomland on Netflix Philippines!

Unfortunately you can't watch "Freedomland" in the Philippines right now without changing your Netflix country.

We'll keep checking Netflix Philippines for Freedomland, and this page will be updated with any changes.

When a woman reports that her infant son was kidnapped by a black man, an African American detective and a white activist team up to dig for details. A white victim, a black suspect and a detective caught in the middle. This town is about to explode. 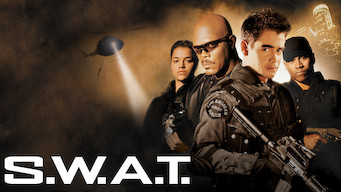