How to watch Hoodwinked on Netflix Russia!

We'll keep checking Netflix Russia for Hoodwinked, and this page will be updated with any changes.

Investigators searching for a candy recipe thief uncover a tangled web of messy delights in this animated spoof of the Little Red Riding Hood story. You've heard the story -- now see how it really happened! Red and the Wolf have some explaining to do ... 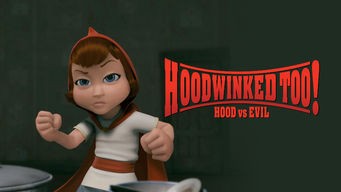 Hoodwinked Too! Hood vs. Evil
The Angry Birds Movie
0