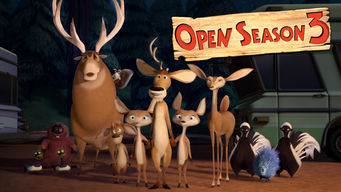 How to watch Open Season 3 on Netflix Russia!

We'll keep checking Netflix Russia for Open Season 3, and this page will be updated with any changes.

When his buddies skip the annual guys' trip to stay home with their families, Boog the bear heads out on his own and hooks up with a traveling circus.