Watch "O Brother, where art thou?" on Netflix Singapore 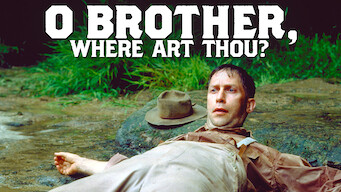 How to watch O Brother, where art thou? on Netflix Singapore!

Unfortunately you can't watch "O Brother, where art thou?" in Singapore right now without changing your Netflix country.

We'll keep checking Netflix Singapore for O Brother, where art thou?, and this page will be updated with any changes.

In the vein of Homer's Odyssey, three convicts break out of a Depression-era Mississippi jail, embarking on an epic quest for a hidden cache of loot. Ex-cons on the run face endless dangers: witchy women, KKK members, an insane Bible salesman and one angry ex-wife.