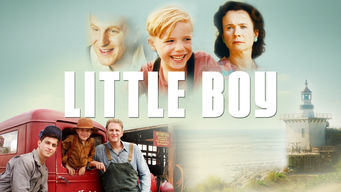 How to watch Little Boy on Netflix South Korea!

We'll keep checking Netflix South Korea for Little Boy, and this page will be updated with any changes.

When his devoted dad is called away to war, a friendless young outcast turns to God to get his father back home in one piece. They've branded him "Little Boy." But his faith in a higher power is bigger than any of the bullies.