Find out where Curious George can be watched on Netflix Worldwide 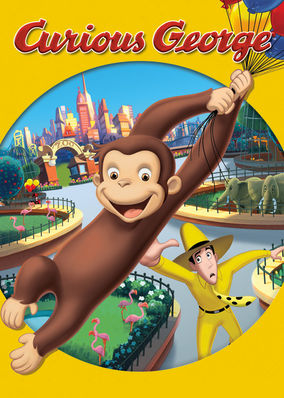 The Man in the Yellow Hat (voiced by Will Ferrell) tries his best to tame Curious George in this animated version of the beloved children's series that features the music of Jack Johnson and the voice talents of Drew Barrymore, Eugene Levy and Dick Van Dyke. The wide-brimmed hat-wearing museum guide travels to Africa to find a priceless artifact. But he returns with George, an inquisitive chimp who literally paints the town red.

Curious George Is Available For Online Streaming In The Following Countries